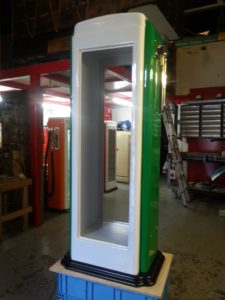 Building american style gas pumps here in the u.k, you might ask why would you ? the truth is it was on my bucket list its that simple, but making it happen was no simple task,  when we first started to put my evil plan into action I guessed three months should have it up and running ” boy was I wrong”  three months into the project I was way past the point of no return having hand carved the moulds and built version one of my moulding machine and  invested in some materials  we were ready to have a go.  Our early attempt did not go to plan, the machine was not up to the job and much material was wasted in finding that out, so the modifications began and after another two versions of the machine we finally got it right.  I took every step to make sure I was making gas pumps I could be proud of, below you can see some pictures of the gas pump mould and the machine in its first incarnation

ticking this off my bucket list has been a lot more work and effort than I could have dreamt , but when it comes to American 1950’s design  I just had to persevere and I hope you agree it all payed off 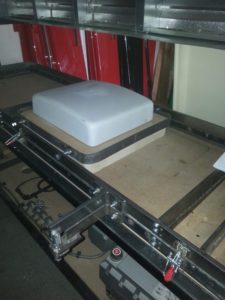 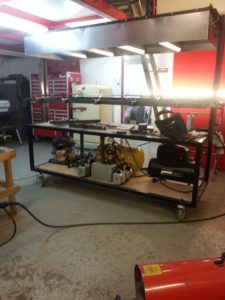 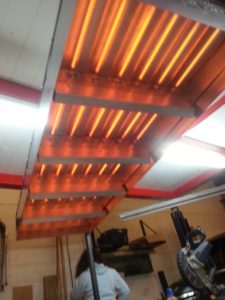